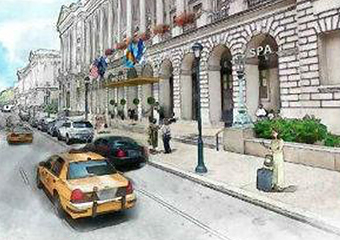 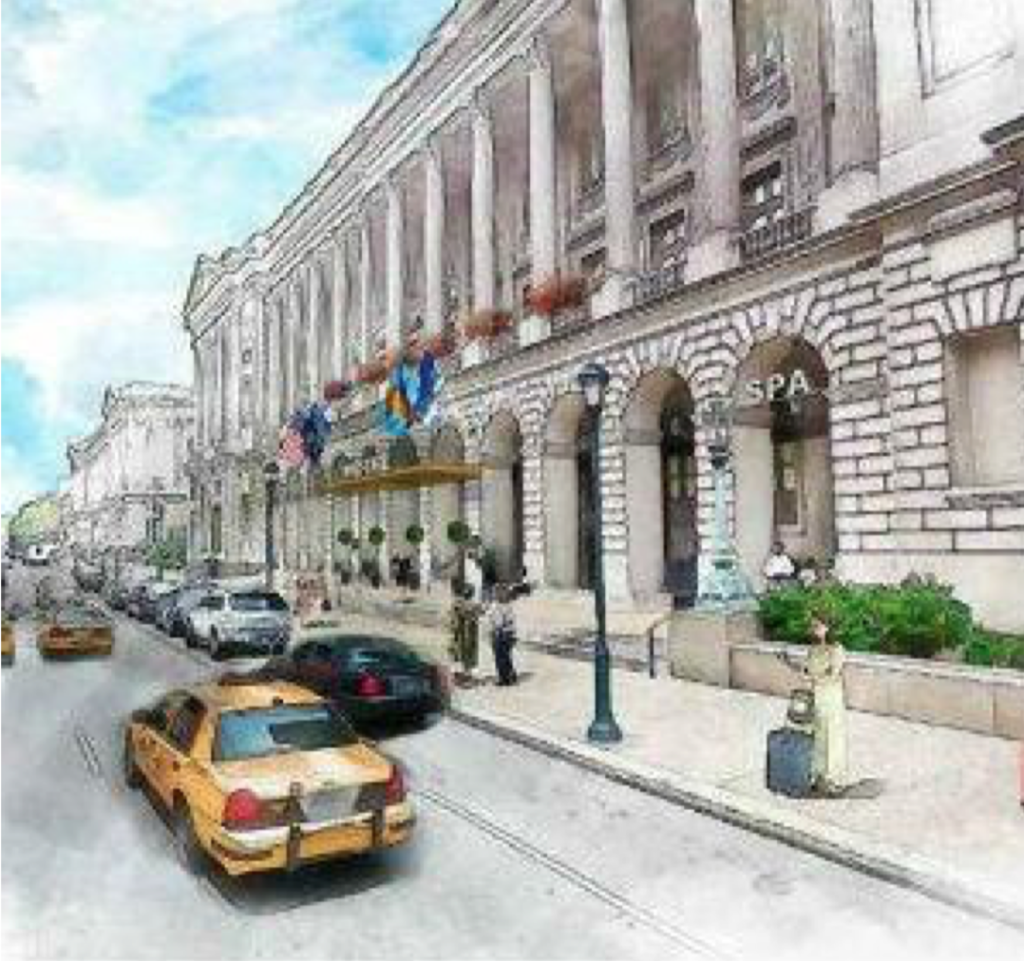 Artist rendition of the proposed hotel

In a landmark deal, Peebles Corporation (No. 96 on the BE INDUSTRIAL/SERVICE list with $22.9 million in revenues) entered a deal to develop and own the first major hotel to be owned by an African American firm.

In partnership with P&A Associates, a real estate development company, the companies will develop a new 199 room hotel at 1801 Vine Street in Philadelphia to be managed by Kimpton, a boutique hotels operator. The development team will acquire the property for $4.5 million and invest a total of $85 million for the redevelopment. Peebles Corporation will own a 90% equity interest in the project.“It will have a significant amount of ballroom and meeting space, 14,000 square feet and the space is just spectacular because the building is a local state landmark and in the process of being a nationalstate landmark,” says R. Donahue Peebles, CEO of Peebles Corp.

Peebles also says the deal will be historic from a minority participation perspective. The general contractor is McKissack & McKissack, a black-owned architecture and construction company. “Weare going to bring in and ensure that the talented minority subcontractors in that market get opportunities and McKissack & McKissack has had a major business in Philadelphia,” says Peebles. “We’re going to charge them with making sure that there is historic minority businessparticipation and make sure there’s opportunity for career advancement for minority professionals at the hotel.”

The new hotel will feature 199 guest rooms, 16,000 square feet of spa and fitness space, 14,000 square feet of meeting and event space, and 5,800 square feet for a restaurant and bar. This marks another deal in the Northeast for the formerly Florida-based entrepreneur. In March 2013, BEreported that Peebles Corp., acquired the iconic 346 Broadway, a 13-story office building and original headquarters of the New York Life Insurance company in downtown Manhattan for $160 million. The Peebles Corporation has $2.5 billion in projects in the pipeline and is eyeing additional projects in Brooklyn, Oakland and Detroit.