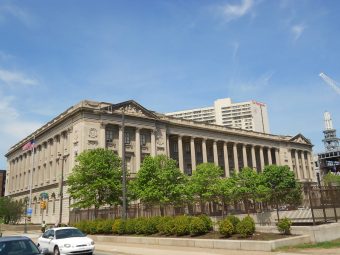 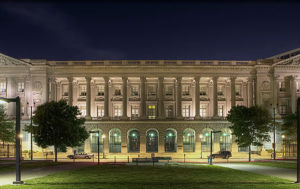 The plan to turn the old Family Court building by Logan Square into a boutique hotel took a step forward recently, when developers Peebles Corp., received $2 million more in state and city funding needed to complete the project.

The news means they’re looking at a late June start date for construction, Don Peebles, chief executive of Peebles Corp. told Curbed Philly Thursday. The recent funding, which they were awarded at the end of 2018, brings the total amount they’ve received to $3.5 million, almost a third of their $10 million goal. But Peebles is hopeful that they will be awarded the rest of the assistance this year.

“We’re on schedule and moving along... proceeding in good faith that we will receive the full funding,” he added.

Right now the group is in the process of finishing up designs for the beaux arts building at 1801 Vine Street, which has been unoccupied since 2014. They envision a boutique hotel with 220 rooms, a roof terrace, lounge, and spa. Because the building is designated as an historic site, there are parts of the structure they’ll have to preserve, like the facade and the main floor, which Peebles said will become banquet space. They’re also looking at incorporating some co-working offices into the design, he said.

It’s been a long road for the building, which was constructed in the 1930’s. It was sold to Peebles Corp. in 2014, but the group quickly hit a roadblock when they tried to fund the hotel partly through the Federal Historic Preservation Tax Incentives program. They were disqualified from the program over concerns that construction would negatively alter the historic building. The plan got back on track last year, when they received $1.5 million worth of funding, Philly.com wrote at the time, but the delays had brought the cost of the project up to $105 million.

Now there’s an end in sight; Peebles said that if everything goes according to plan, they should be finished with the project in two years.