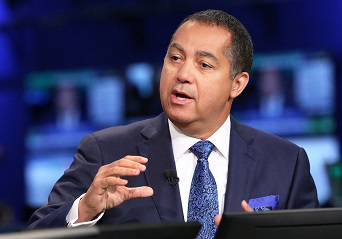 Mega-Developer Don Peebles on CNBC: WeWork Property Defaults May Be Next After Failed IPO

WeWork could default on some of its real estate obligations as it struggles to raise fresh funding following the office-sharing firm’s failed initial public offering, mega-developer Don Peebles told CNBC on Tuesday.

Peebles, the CEO of privately held real estate firm Peebles Corporation, said, “Anyone looking at a building that has got significant WeWork occupancy has got to be very concerned.”

"I think some defaults by WeWork are coming down the line," Peebles said on The Exchange.

Peebles said that buildings in which WeWork is listed as a tenant are going to be penalized in their capitalization rate, a measure by which real estate investments are assessed for their profitability, when they go to market.

WeWork’s business involves taking on long-term leases and then renting out the spaces to start-ups, freelancers and enterprises for the short term. The company makes money over time as companies and individuals pay their rent or membership.

The start-up announced its intent to go public on Aug. 14, revealing massive losses and a confusing corporate structure. Since then, the IPO for WeWork’s parent company, The We Co., has been hanging in the balance, as it delayed its investor roadshow amid weak demand and a dwindling IPO valuation.

The company announced Monday it would withdraw its S-1 filing amid the turmoil.

It’s possible that WeWork will see a “significant pullback” in access to any kind of capital, Peebles said, adding it will likely need to give back property to stay in business. “I’m not sure lenders would see them as a significant investment opportunity anymore.”