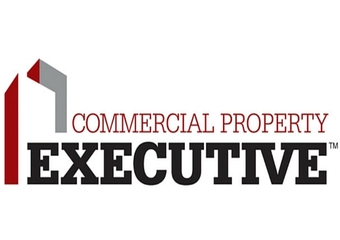 Through his development business and his philanthropic efforts, the Peebles Corp. CEO lifts up students, budding entrepreneurs and minority-owned businesses.

Peebles Corp. founder Don Peebles wants to bridge the U.S. wealth and academic achievement gap that continues to separate the country’s haves and have nots.

“There’s a big wealth disparity in the country, a significant income disparity,” said Peebles, whose personal wealth was estimated to be around $700 million by Forbes in 2015 and whose current company portfolio of active and completed developments comes to more than 10 million square feet and $8 billion in New York, Boston, Philadelphia, Washington, D.C., Charlotte, Miami, San Francisco and Los Angeles. “I think a large part of [that disparity] originates through our education system, and I think the public education system in many major cities around the country has failed low-income kids.”

Peebles also believes that the business community has a significant role to play in providing a solution―not just through monetary donations but through business practices. Peebles Corp., for example, operates under a philosophy of “affirmative development.” That means the company seeks to be inclusive and executes on that intention by setting an internal goal of awarding 35 percent of all of its construction contracts to women- and minority-owned firms.

Historically, the company has reached a level of 25 percent minority- and women-owned business contracting. Increasing the goal to 35 percent is significant considering the Peebles project pipeline currently totals more than $3 billion.

“We don’t consider that philanthropic,” Peebles explained. “That is part of how we do business.”

On a purely philanthropic level, Peebles focuses a lot of energy on early education. For instance, Peebles Corp. helped to build, fund and support a school called CARE Elementary in the Overtown neighborhood of Miami, one of the poorest communities in the city, where students come from families struggling with economic and substance abuse issues not to mention homelessness. The school helps prepare students to build a better life for themselves and to compete academically.

“More than anything else we help by providing the construction manpower as well as dollars to build the facility,” Peebles said. “With a budget of just a few million dollars, you can really make an impact in the community.”

And Peebles doesn’t appear to miss many opportunities to make an impact. In downtown Los Angeles, his company is working on an early childcare facility that will be part of its $1.6 billion Angels Landing project that Peebles is developing with MacFarlane Partners and local developer Claridge Properties. This project features one of the tallest buildings in the Western U.S. at 64 stories,  a second tower that will reach 46 stories, two luxury hotels (SLS and Mondrian flags), apartments, condos, retail and entertainment.

The daycare element of Angels Landing will serve people who work in downtown Los Angeles, where daycare and school options are limited, Peebles explains.

At the high school level, Peebles Corp. financed a hospitality entrepreneurship academy within The Hospitality High School of Washington, D.C., that taught hospitality management and operations, as well as ownership of hospitality businesses. The school opened in 1998 and closed in 2016 when the program was taken over by the D.C. public school system. The company is currently looking at ways to create similar projects in all of the markets it does business. And finally, Peebles endows scholarship programs and provides scholarships for students at various universities.

In addition to money and leadership, Peebles takes hands-on mentorship seriously. Every day he tries to email, talk to or meet with an aspiring or emerging entrepreneur to give guidance and advice on how to grow, develop or build businesses, and he regularly speaks at universities on the same topic. “I’m an active business person when it comes to reaching out to the younger generation and emerging entrepreneurs,” he confirms.

One of the earliest examples of Peebles mentorship took place some 30 years ago when he met a high school student who was working on a janitorial crew cleaning his offices. The young man was the son of a single mother who had a government day job and another part-time job cleaning offices to make ends meet. After he finished high school, Peebles hired him as a parking lot attendant in the first building that Peebles built. From that vantage point, the now parking lot attendant noticed Peebles’ frustration with his janitorial services company and told Peebles he thought he could do a better job.

Peebles helped set the young entrepreneur up in business and ended up giving him a contract for that building (which he still holds today) as well as contracts to clean other Peebles buildings in the D.C. area. Peebles also helped the man buy a house out of foreclosure and renovate it (It’s now worth 10 times the original price, Peebles notes).

The inclination toward generosity and compassion may be attributed to Peebles’ late mother, Yvonne Willoughby-Poole, a residential broker and appraiser who regularly gave of her time teaching real estate classes and trying to help others find opportunities to get ahead. “I remember as a kid a woman who cleaned our house while my mother worked and my mother encouraged her to get her real estate license, trained her and hired her at her company, and she became a real estate agent,” Peebles recalled.

Being a minority who learned the real estate business from a woman gives Peebles “insight” when it comes to defining what it means to be a good corporate citizen and a good member of the community, he said.

Today, Peebles shares his philanthropic dreams with his wife and best friend, Katrina, a successful design and PR executive and philanthropist in her own right. “She’s actively involved in our business and has goals of her own in terms of philanthropy. So, we’ve been able to work hand-in-hand together because ultimately our objectives are similar,” he said.

Like Peebles, his wife of 27 years is also dedicated to encouraging large institutions, like JP Morgan Chase and Deutsche Bank, to give financially and to bring in authors to read to students and entrepreneurs of diverse backgrounds to talk to students about their careers paths. “A big part of what I’ve done as an entrepreneur, and what my company has done, proves that the American economy works,” he said. “It may be a bit harder but it works.”

And, despite his involvement in politics, including serving as a member of President Barack Obama’s National Finance Committee for the president’s 2008 election and 2012 reelection campaigns, Peebles maintains that the private sector offers the solution to income inequity. “My message to other entrepreneurs and business people is that we all have to take responsibility for making our society a better place.”

During the next six months, Peebles will model for the American commercial real estate business community what it means to “take responsibility” as he launches an emerging developers fund to finance equity for projects in the $10 million–$50 million range for minority and women-owned real estate companies in early stages.