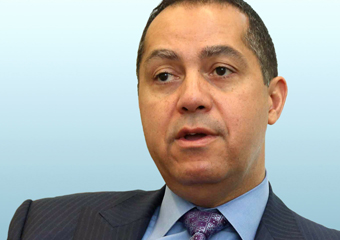 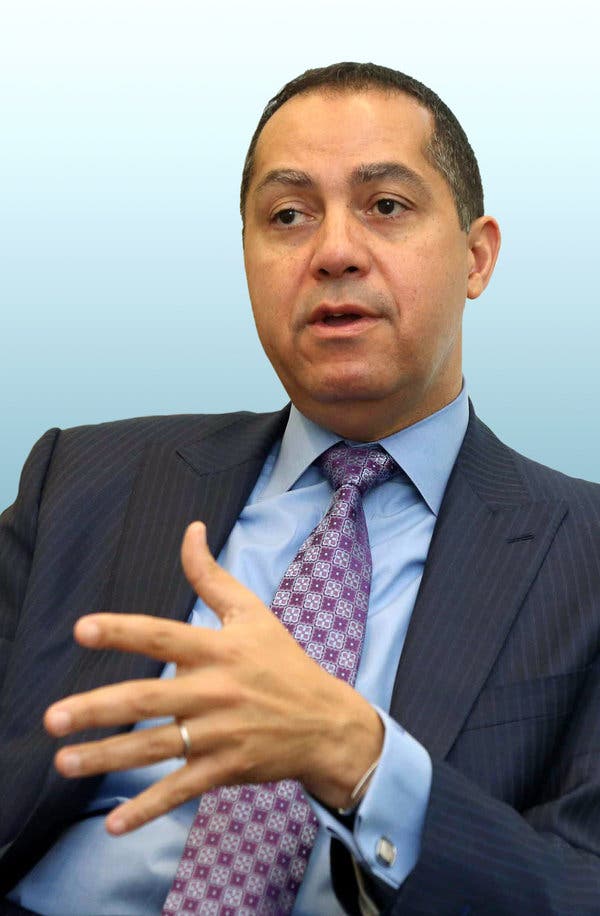 This interview with R. Donahue Peebles of the Peebles Corporation was conducted and condensed by Adam Bryant.

Q. What were some early influences for you?

A. My parents divorced when I was 5, and I lived with my mother. She was a working single parent, and I learned to be a bit more independent. By the time I was 8, I would often cook for myself and take care of myself. My mother worked really hard, so I didn’t want to burden her with me.

As a teenager, I played a lot of sports and tended to lead the teams. But my mother felt I needed a little more discipline, so she thought I should be a page on Capitol Hill. She had worked at the Urban League years earlier, and one of the congressmen she knew was John Conyers. He helped me get me a position as a page on the Hill.

I was 16. Instead of attending high school near my home, I went to the U.S. Capitol Page School from 6 to 10:30 in the morning on the top floor of the Library of Congress. From 10:30 on, I worked in the House of Representatives. After working all day, I would go home and then have basketball practice until about 9 p.m. Then I would do my homework, go to bed around midnight, and then get up at 4 the next morning to do it all over again. I learned to budget my time very efficiently, and I would catch up on sleep on the weekends.

Then my mother had a prolonged illness and could not really work for about a year and a half. But with my job as a page, and work I did in Representative Conyers’s office, I was able to help support our household. I made some tremendous relationships over the years. My graduation ceremony was in the Cannon Caucus Room on Capitol Hill; President Carter gave me a certificate of achievement earlier in the day. I spent a lot of my childhood watching others lead and learning how to lead.

Did you have specific career plans when you went to college?

I was going to study medicine at Rutgers. One of the frustrating or difficult things for me as a child was the instability. I planned on having a family at some point, and I wanted to be able to take care of them and give them opportunity and stability. So I figured I would be a doctor because I had a good aptitude for sciences.

But after the first year, I decided I wasn’t going to go into medicine, and I went back to D.C. My mother had a real estate appraisal business, and so I worked for her. By the time I was 23, I was the youngest person appointed to the Property Tax Appeal Board in the district. The next year, I was named chair of the board, one of the most powerful positions in Washington’s real estate industry.

What leadership lessons had prepared you for that?

I learned from watching my mother, and I learned from watching politics. It’s about getting people vested in the outcome of success. I also knew I didn’t need to take credit for everything. I was the chairman, so if the board did well, I was going to get credit for it. But I felt it was important to let other people get credit and recognition, and it gave them more of a sense of ownership in the goal.

Now you’re in real estate development. How big is your company?

We have about $3.5 billion of projects in development. Our executive staff is about two dozen people, and we have fewer than 100 over all.

What other insights about leadership have you learned?

One is that our company should be a vehicle for our employees to accomplish some of their personal goals. It is a two-way street, but we should give people the opportunity to evolve and learn and grow and not put them in slots or force people to stay in their own lanes. People need to focus on their primary responsibilities, but I want to foster an approach where they can broaden their skill set.

I also, for many years, thought the best reward I could give to anyone working in our company was money, whether it was a bonus or a promotion. But I’ve learned that encouragement and acknowledgment are sometimes more important than dollars.

Another thing is that I give a lot of autonomy. I’ve always considered that a good thing — being a hands-off person, and giving people a lot of responsibility and leeway. But one of the things I’ve learned is that people also want more direction because they want to learn. So I’ve become more engaged in specific areas to be more of a teacher.

How do you hire?

And then I’ll ask them what are the three things they do best and why, and what are the three things they feel they need to improve on and why. But I’ll also talk to them for the first 20 minutes about their life — where they grew up, what their parents do, and what their goals were when they were growing up. And I’ll ask them if they are happy with their choices.

Do people ever say no?

Most people will say that they are happy with their choices, but some will say they’re looking for more opportunity. What I’ve generally found is that people do not feel they have the opportunity to grow — they’re stuck in their lane and they have a greater interest in doing other things.