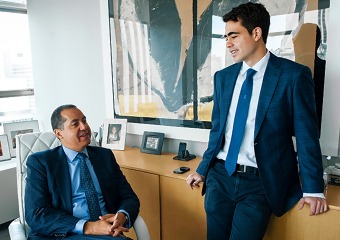 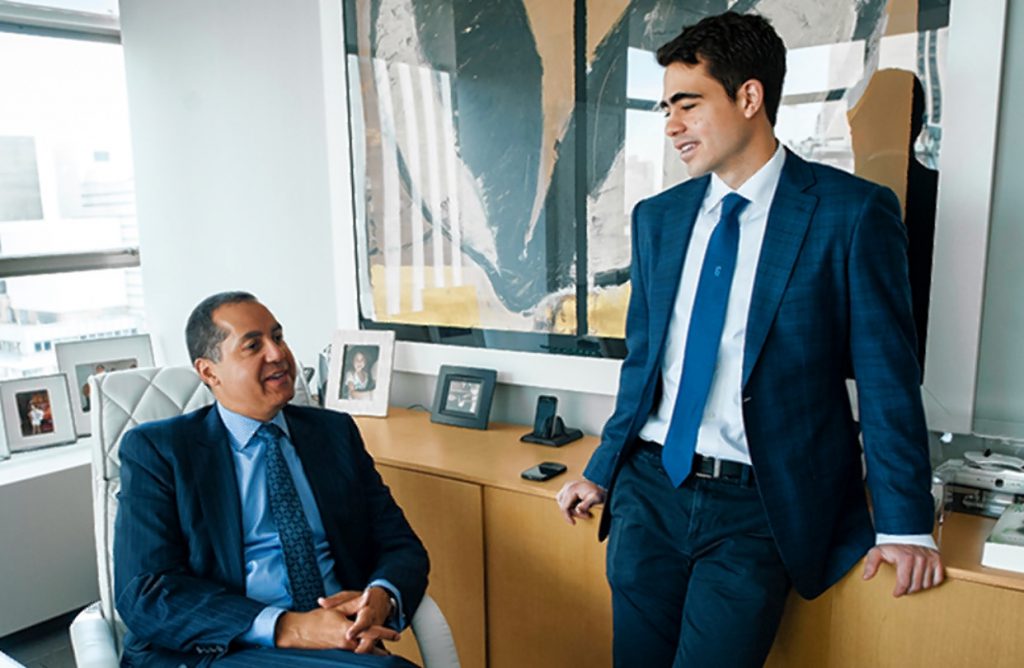 R. Donahue Peebles III was mentioned in a newspaper story about his father in 1995 when he was younger than 2 years old.

The Washington Times wrote that Don Peebles was selling his mini-fleet of luxury cars, in part because of the demands of fatherhood. A four-door Mercedes "was more practical" than his Porsche and Bentley for taking around a toddler, said the older Mr. Peebles, who was on his way to becoming one of the country's biggest African-American real-estate developers.

Today, the younger Mr. Peebles is 19 and a sophomore at Columbia University. But he's involved in the family real-estate business, Peebles Corp., and already having more impact than determining what kind of car his father gets around in.

Indeed, the son has been the driving force behind the Peebles bid on the redevelopment of Long Island Community Hospital in downtown Brooklyn. The project has been met with community opposition and is heading into its third round of bidding.

The Peebles bid has a major affordable housing component, which was included because the younger Mr. Peebles has been encouraging his father to expand into that business.

"He's been a good influence on me," said Don Peebles, 54, who would earmark 35% of the apartments in the redevelopment for low- and moderate-income renters.

It isn't unusual in the world of New York's real-estate families for a son to follow in his father's footsteps. But the Peebles are exceptional because of the extent of the son's involvement at such a young age.

In the summer after his freshman year at Columbia, Donahue Peebles launched an effort to develop a Standard Hotel with condos in the Mount Vernon Triangle neighborhood in downtown Washington, D.C. The company is one of the finalists for that parcel of land.

"I've watched this process so many times, it almost felt like dinner-table conversation," the younger Mr. Peebles said.

The grandson of a hotel doorman, the older Mr. Peebles was raised in Washington and Detroit by a divorced teenage mother. He dropped out of Rutgers University to join his mother in her real-estate appraisal business and went on to create a real-estate empire that includes about 6 million square feet of hotels, condos, office buildings and other properties either managed or under development mostly in New York, Washington and Miami.

He also was drawn to development at an early age, completing his first project at the age of 26 in Washington's Anacostia section.

"I thought he was a winner and took a chance," recalled Stephen Maged, his partner on the deal. "I'm an old guy now and so proud of him. He's surpassed even my wildest dreams."

Mr. Peebles's success stemmed in part from his participation in government projects that set aside business for minority developers and his use of minority-owned construction companies. He's best known for such developments as Miami Beach's Royal Palm hotel and Washington's Courtyard Marriott Convention Center.

The younger Mr. Peebles entered the family business in part because his parents—mom Katrina is responsible for the company's marketing and design—believe a strong work ethic is important, especially growing up in an affluent family. Both father and mother tell the story of their son as a young boy asking for a stuffed rattlesnake—a real one—and making him work all summer in the business until he had earned enough to buy it. He still keeps the rattlesnake as a reminder.

If Peebles Corp. lands the Long Island Hospital redevelopment, it will be the company's biggest project in New York. Currently, Peebles is redeveloping the criminal court building at 346 Broadway in TriBeCa.

The Peebles also have an 11-year-old daughter, Chloe, who is interested in architecture and design.