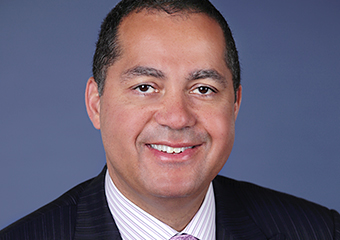 Don Peebles Works to Achieve A State of Equality 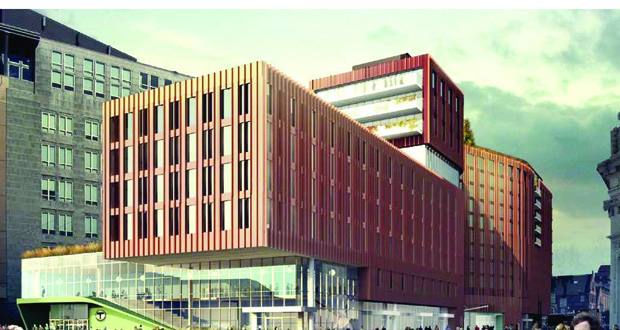 Real estate developer Don Peebles discovered he had an interest in the hospitality business when he was very young. He was enthralled seeing his maternal grandfather work as a doorman for the Wardman Park Hotel in Washington, D.C. It also made him aware of all of the opportunities available in the hotel industry from a very early age.

However, he struggled seeing that women and minorities didn’t have equal footing in the industry. In 1983, Peebles decided the best way to create equal opportunities was to start his own business. He founded the Peebles Corporation, an investment and development firm that specializes in hospitality, real estate, and retail properties. The Peebles Corporation is currently working on projects in New York City, Boston, and Charlotte, and numerous developments in San Francisco, Washington, D.C., and Miami already line Peebles’ portfolio.

While the company has tended to focus on gateway markets, they’re also looking to work in developing ones. For example, Peebles is looking to build a district called “Brooklyn Village” in downtown Charlotte, N.C.—a location he finds very compelling. Peebles considers Charlotte an emerging city, and over the next 10 years he hopes to create a community of more than a dozen establishments. This includes two hotels and several residential and office buildings. If all goes according to plan, 18 acres should be approved for development in the next 12 to 18 months. “It’s a neighborhood within the central business district, so it gives us a unique opportunity to master plan and develop a neighborhood in a prime location in one of the most exciting growth cities in the country,” Peebles says. This particular piece of land is near Panthers’ Stadium and the Bank of America Headquarters.

The corporation is also planning to renovate the New York Life Insurance Company Headquarters in the Tribeca region of Manhattan, turning the landmark into a condominium with pre-war ornamentation. Peebles describes, “It’s a unique historic landmark building that has all the grandeur of something you would typically find on 5th or Park Avenue. It just happens to be in Tribeca. It represents a tremendous opportunity for our company.”

But development is only one of Peebles’ interests. Peebles became engaged in politics as a young teen in 1973 when Washington, D.C., was first granted the right to elect its own government officials. When he was in high school, Peebles served as a congressional page intern for the House of Representatives.

“Most real estate developers of scale tend to engage in some politics, just in terms of supporting good candidates and a good development profile,” Peebles says. But Peebles’ political involvement is fueled by passion just as much as it is by his real estate career. He became chairman of the Congressional Black Caucus Foundation in July 2015, and remains involved to this day. Peebles’ interest in politics, driven by his desire to create equal opportunities for women and minorities, was inspired by watching his mother’s difficulty acquiring the same opportunities and pay as men. “One of the things it allowed me to do is engage in a broader discussion nationally about equal access to economic opportunities for minorities and women and that’s something I feel very strongly about,” Peebles says.

Working with the Foundation has allowed Peebles to help open doors for individuals who may not have been available in the past—a step toward leveling the industry playing field. The Foundation provides scholarships for more than 300 students a year, which leads to congressional and private sector internships, providing educational experiences and opportunities to underserved children in minorities. Today, up-and-coming students are benefitting from the internship on Capitol Hill Peebles completed 40 years ago. He says, “What the organization stands for is fairness and what we all get is a fair and equal chance at access to our version of the American dream. That access to the American dream is deeply rooted in equal access to education, equal access to economic opportunities and—of course—equal protection under the law.”

As for what’s next? Peebles is considering running for mayor of New York City. His desire to run stems from a place of frustration—he’s looking to give the city’s women (52.5 percent of NYC’s population) and minorities (67 percent) equal access to opportunities. Peebles believes that without leadership invested in creating a state of equity, it’s never going to happen.

“The greatness of New York is that it’s the most diverse city in America, and everybody can live together in harmony and this is a city where everyone can pursue their dreams: Big, small, and in between,” he says. “If people can’t get a fair chance in New York City, where can they?”