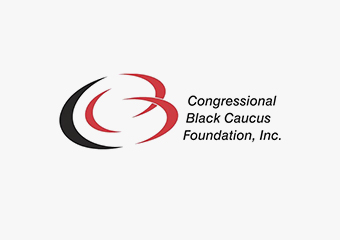 CBCF Announces New Officers and Directors for its Board

WASHINGTON—The Board of Directors of Congressional Black Caucus Foundation, Incorporated (CBCF) has appointed new officers and elected five new members at its Annual Meeting in February.

Rep. Joyce Beatty, Janice Bryant Howroyd of the Act 1 Group, Rep. Brenda L. Lawrence, and Sharon C. Taylor of the Prudential Foundation were among the new directors approved by the Board. The directors represent a diverse set of expertise and backgrounds, from Fortune 500 companies to Congress.

“I am humbled to have been entrusted to lead the board of directors,” said R. Donahue Peebles, the newly elected chair of the CBCF board of directors. “I look forward to working with new and current members to build on the momentum the foundation has established as a prominent voice on public policy issues affecting African Americans.”

The new directors join the CBCF at a time of exponential growth with the expansion of the Leadership Institute education programs, the Executive Economic Summit series, and the Center for Policy Analysis and Research New Horizon Initiatives.

“Each new member of our board brings a wealth of public policy, business, and financial acumen from successful careers and service in government, Congress, and more,” said A. Shuanise Washington, president and CEO of the CBCF. “We look for exceptional individuals to strengthen our board’s expertise, and we are confident that our newly elected officers and directors will make significant contributions to the CBCF.”

The new officers of the CBCF board of directors are as follows:

Rep. Sheila Jackson Lee returned to the board in 2015, after serving for three years previously in from 2010 – 2013. Jackson Lee is also serving her eleventh term as a member of the United States House of Representatives from the state of Texas. She is currently a senior member of the House Judiciary Committee.

Mr. Earle Jones is the senior director, federal government affairs at Comcast NBCUniversal in Washington D.C. Jones has served in the cable telecommunications industry for more than 25 years. He is a member of the Comcast Federal Affairs Legislative team that successfully obtained federal regulatory approval for the Comcast/General Electric acquisition of NBCUniversal in January 2011.

The new board members are as follows:

Rep. Joyce Beatty is serving her second term representing the 3rd Congressional District of Ohio. She serves on the Committee on Financial Services and is member of the Housing and Insurance and Oversight and Investigations subcommittees.

Rep. Alcee L. Hastings is serving his 12th term representing Florida’s 20th District. He is the Senior Democratic Whip, and a senior member on the House Rules Committee. He is also Co-Chairman of the Congressional Everglades Caucus and Co-Chairman of the Florida Delegation.

Janice Bryant Howroyd is the founder and CEO of the Act 1 Group, a multi-billion-dollar workforce solutions enterprise, which operates in 19 countries. In 2015, she received the Southern California Minority Supplier Development Council’s (SCMSDC) Leadership Excellence Award.

Sharon C. Taylor is senior vice president, human resources, and chair of The Prudential Foundation. She is responsible for the oversight of Prudential’s Office of Corporate Social Responsibility and chairs both the Human Resources Policy and Investment Oversight Committees. She is a founding member of the company’s Black Leadership Forum.

ABOUT THE CBCF:
The Congressional Black Caucus Foundation, Incorporated, established in 1976, is a non-partisan, non-profit, public policy, research and educational institute intended to broaden and elevate the influence of African Americans in the political, legislative and public policy arenas.