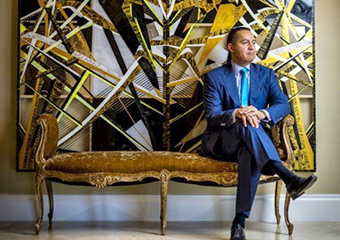 Don Peebles — An Insight into a Successful Entrepreneur 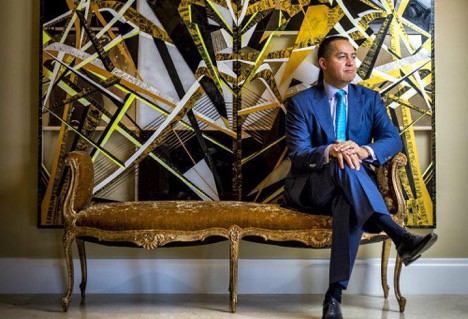 One of the most influential African American businessmen, Don Peebles, is an inspiration to many people around the world. He is a real estate developer, a successful entrepreneur, author and the official owner of the Peebles Corporation. With a net worth of around $700M, Mr. Peebles has undoubtedly made a benchmark you can follow for a successful path in business.

Early In Life, His Rise And The First Deal

He was a Rutgers University drop out planning to become a physician to help people in need. During his small duration in college, Peebles was already earning a considerable amount of money-all thanks to his inspiration in real estate business, his mother, Ruth Yvonne Willoughby. During his time at school, he also developed a strong work ethic which according to him — he gained through assisting his father who was a car mechanic at the time.

After his decision to leave college, he started his firm in Washington DC. His first input in the business world came in 1982 where he made some useful connections. Marion Barry, the notable mayor of Washington DC at the time, saw the potential in Don and gave him the opportunity to increase his influence.

The mayor helped him secure a position in the city tax appeal board. Don who was 23 at that point of time, learned a lot of tactics and gained some valuable information which made him the chairman of the board after just a year. That was just a start to one of the most influential and successful careers paths that must be taken as an example by both modern and future entrepreneurs.

The first deal he made was in a commercial district where he worked as a broker. He resolved a quarrel on a project where the seller was demanding a sum of $150,000 more than what the buyer was willing to pay. According to the owner of Peebles Corporation, he learned a lot from his first deal especially concerning the areas where you have to listen to both the parties for securing a successful deal.

According to Mr., Peebles, the deal that taught him to move forward and the other essentials required for a successful deal is the Royal Palm Deal. He bid for the agreement in 1996 where he successfully secured it. It was a considerable risk as the property was full of contaminated soil required a hefty sum of $80 million to be spent on. That was because of the extremely deteriorating condition of the site. The deal required a lot of patience — another lesson and virtue that young entrepreneurs need to build on!

A Lesson from Peebles Corporation

Peebles is like a traditional development company which has a knack for taking big risks. The Royal Palm Hotel and the Bath Club deals are examples of some of the risks taken by Don on his way to success. There are special evaluations done before investment to see if it will be successful or not. In case of a loss, the company doesn’t look back which is a valuable lesson for any initial investor.

The respectful business personality has turned out to be a motivational figure who aims to provide more opportunities to the underappreciated minorities in his business ventures. Anyone individual who dreams to achieve a lot in the world can look up to Don Peebles as someone who despite all odds, is now an inch closer to becoming a billionaire. You can learn more about his successful life in his book, ‘The Peebles Principles’ which gives everyone the opportunity to learn more about securing a winning mentality in life.